Faith No More today announced that they will be returning to live shows in 2020.

The band’s announcement coincided with the big reveal of the line-up for France’s huge Hellfest event, and sure enough Faith No More will return to Clisson in Loire-Atlantique between 19-21 June.

The band have not played live as Faith No More since September 2015, the same year they released their comeback Sol Invictus album to critical and commercial acclaim. They were keeping a low profile themselves, but various members declared themselves stoked and impressed by the intensity of the reaction.
While fans will de delighted that FNM are back on the road after a long hiatus, the hedonistic treadmill of fandom dictates that there are already demands for new music and a follow-up to Sol Invictus

Tickets for Hellfest went on sale in October before the line-up was known. While all three-day seats were sold out in two and a half hours, day passes will go on sale in February.

Rumours circulated through the day that Faith No More would again headline a revived Sunstroke Festival in Dublin. FNM headlined the event in 1993 when it was at Dalymount Park not Punchestown, also in Dublin.

Sunstroke could see FNM on a bill with influencers and more, Killing Joke, as well as Gojira, and some uprising Irish acts like Fang Club and the fierce Bitch Falcon.

There is also the upscale glamping Pink Moon option available.

Tickets so on sale through Ticketmaster

FNM’s third gig is the Ton of Rocks festival in Oslo in Norway.

Ton of Rock tickets can be obtained here, 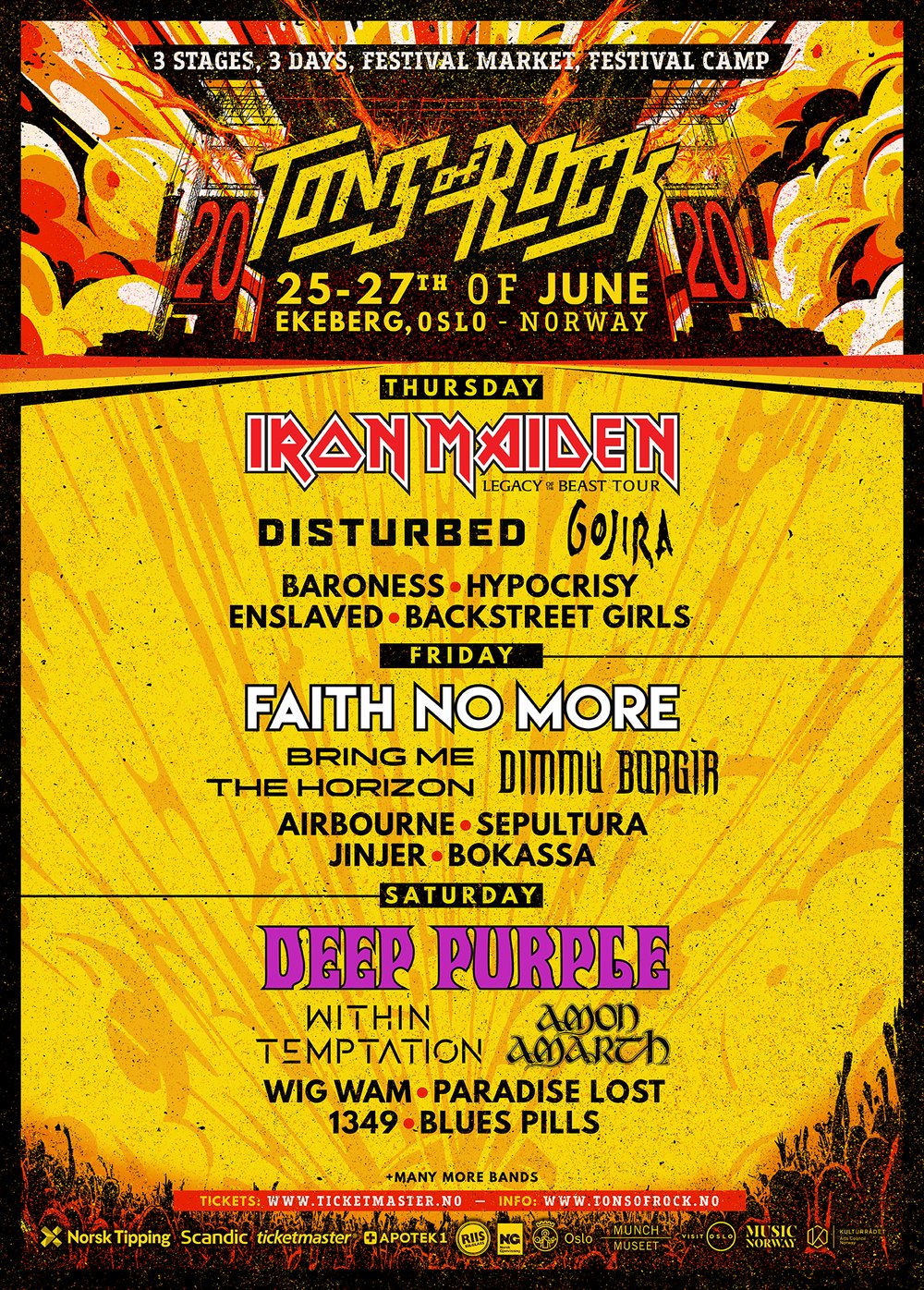 We expect lots more to come.

While you count down to Faith No More’s return to your neck of the woods, get their back story in Small Victories: The True Story of Faith No More out now
http://geni.us/YdG3