Look what just arrived from Japan this morning. Here’s a rough look at how the Japanese bonus track version of Sol Invictus looks.

Faith No More Sol Invictus now on sale -in Japan

It is 13 May in Japan. No doubt marking FNM 2.0’s birthday, the date marks the official release date of Sol Invictus with the album going on sale in Japan.

And Japanese fans not only get the album early, they also get an extra track in bonus track Superhero Battaglia, the Alexander Hacke remix of Superhero.

Here are some images from Japan today (via @FNMFANSJAPAN and @FnmSumi)

A list on Australian record store site Nerve Gas has revealed that the Japanese import edition of Faith No More‘s comeback album Sol Invictus will feature a bonus as yet untitled track.

The release is through Hostess Entertainment and here is a listing on HMV Japan.
And here is the English language version of the page. Release date is also listed as 13 May. 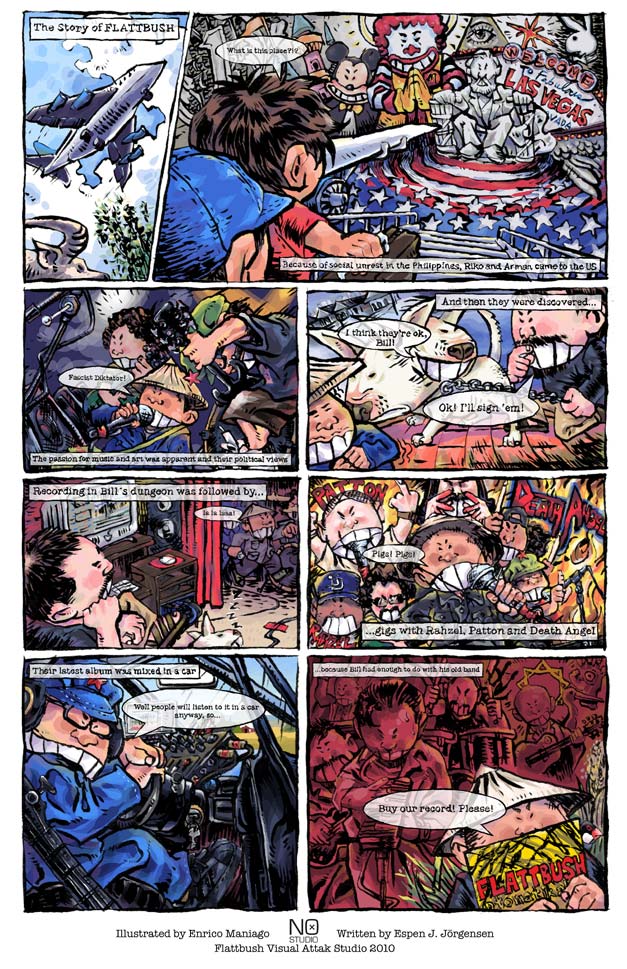 Here are the only 3 videos so far from last night in Tokyo. Good work by the uploaders and fnmjpfan for putting together the play list.

Some info on the throat singer via notre ami Bertrand from FNM French Community and Kayo in Comments:
He is Makigami Koichi, a well-known vocalist in Zorn’s circle who led the ensemble Hikashu. According to one website he is “known for his virtuosic vocal range and expression as well as his unique incorporation of elements of theatre, performance, and entertainment, all of which make this Japanese band so widely acclaimed both critically and popularly.”

Media reaction to Faith No More Cone of Shame debut

Spin call the song “guttural” and a “growly-turned-screechy cut”.

Rolling Stone give the track a full-on review: “The tune, which frontman Mike Patton sang partially from behind a red bandanna, begins with a sparse, Spaghetti Western guitar line. After military drums kick in, Patton sings about wanting to blow his head off and lost love, leading to the “cone of shame” metaphor. The song eventually kicks into heavy, high gear with Patton alternating vocals between snarling about stripping bones over thrash riffing. The song is like one big crescendo with jangling guitars, crushing rhythms and Patton exclaiming, “You’re only happy when you’re pissing me off.”

And Consequence of Sound are equally enthusiastic: “The song is a tour de force of the band’s talents, with Mike Patton demonstrating all aspects of his vocal range: intimidating growl, operatic metal belting, and straight up hardcore screaming. ”

Stereogum went for “oceanic” in their description, adding: “Mike Patton’s vocal shifts from deranged croon to black metal rasp to hardcore beatdown to full-bodied operatic roar, shrinking and growing with the music behind him. When the band cuts loose, the thing gets pretty nuts. I’m excited to hear the studio version of this one, as well as the rest of Sol Invictus.”

And Loudwire say: “As can be heard in the fan-shot video of the song’s live debut above, the track opens with an ominously dark guitar line from Jon Hudson, while drummer Mike Bordin pushes the beat forward. But eventually the dark and spooky delivery from frontman Mike Patton turns intense as the song builds to a heavier finish.”

And Diffuser also give a positive spin: “A couple of minutes in, though, cool and collected go out the window as Patton sounds like he’s possessed by a demon, culminating in an earth-shattering performance that is
reminiscent of the much, much heavier side of things in Faith No More’s celebrated history.”

And Exclaim call the track “sinister”: “The song starts off with an unsettling western motif, with Mike Patton’s vocals taking on hushed, haunted tones. Soon enough, the track explodes into a metallic assault of crushed drums, big licks, and Patton’s assemblage of grizzly monster howls and soul-searching croons.”

Faith No More played Sol Invictus cut Cone of Shame for the first time ever live tonight to kick off their second date in Tokyo.
And here is a high-quality video of the wonderful new song:

The song is of course track 5 from Sol Invictus – which will be released on 18/19 May.

What do you think?
Here’s Roddy’s verdict on Twitter

tonight was the first performance of CONE OF SHAME. it felt good to do that in Tokyo to rectify the wreckage of last night’s tumult. HUG.

We’re back for more of the same as yesterday as the guys play their second Tokyo date.

Updates beginning to come through and the band have given a live debut to Sol Invictus track Cone of Shame.

Encore:
Spirit (with an intro by a Japanese Throat Guy)
Matador*
We Care a Lot/Motherfucker*
Pristina

* in printed set list but may not have been played

Faith No More have just taken to the stage at Studio Coast in Tokyo for their 2015 live debut and first Japanese shows in 18 years.

Full Storify updates including video below but Puyol in Comments has come up trumps with the set list:

And Roddy has spoken to the guys at Faith No More blog and explained the equipment problems and the improvised set list.

Some quick links as the countdown continues to Faith No More’s return in Tokyo later today.

SECRET SERPENTS have the wonderful Tokyo show posters on sale.
There are two posters and a combined effort – all by Japanese manga artist Junko Mizuno.

AWAY FROM JAPAN and festival organisers have confirmed that Faith No More will play on the Saturday 27 June at the Provinssin festival in Finland.