The lowdown:
Faith No More returned to the stage after 103-week hiatus and played a storming set of thunderous hits, less-played favourites and, most importantly, two new songs. The third coming is upon us ,making the band’s sacerdotal garb on stage entirely apt. Do not marvel at this, for an hour is coming when all who are in the tombs will hear his voice.

Elsewhere, there was some specialist press coverage of the two new songs.
Consequence of Sound
Blabbermouth

Videos
First up the two videos I posted earlier.

Better quality new song and We Care a Lot

From Out of Nowhere 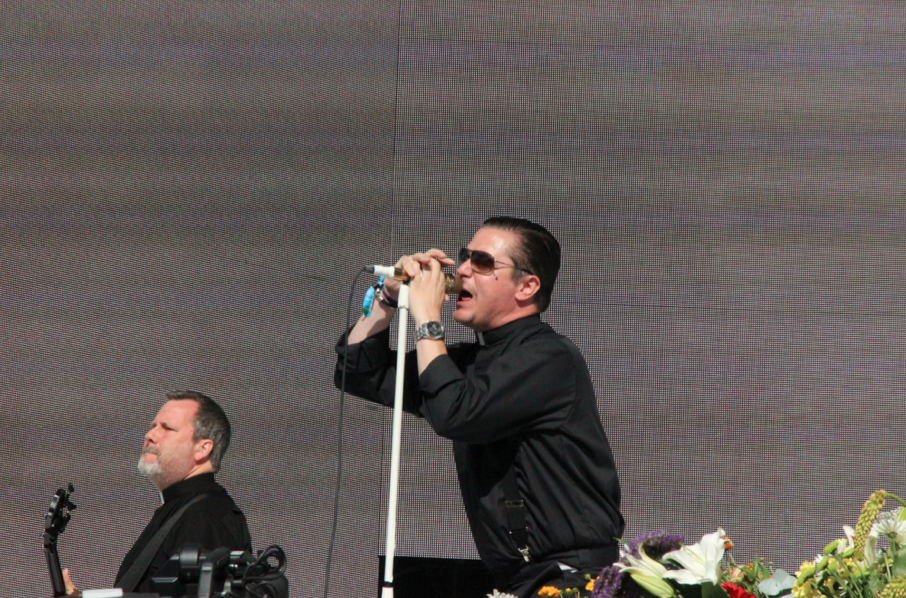