Faith No More kick off their 2015 tour tomorrow in Tokyo and there’s plenty of news online as the countdown continues to the release of Sol Invictus.

WE’LL hopefully have video from Faith No More in Tokyo later in the week. The band have already been busy in tokyo. Bill has been signing copies of his new bass (see below) and speaking at the クロサワ日本総本店ベースセンター (Kurosawa Bass Shop)

MEANWHILE, Mike Bordin and Jon Hudson have been on Japanese radio – the Ready Steady George show on Inter FM. No audio or even clues to what the guys talked about yet but here are some photos via the show’s Twitter feed: 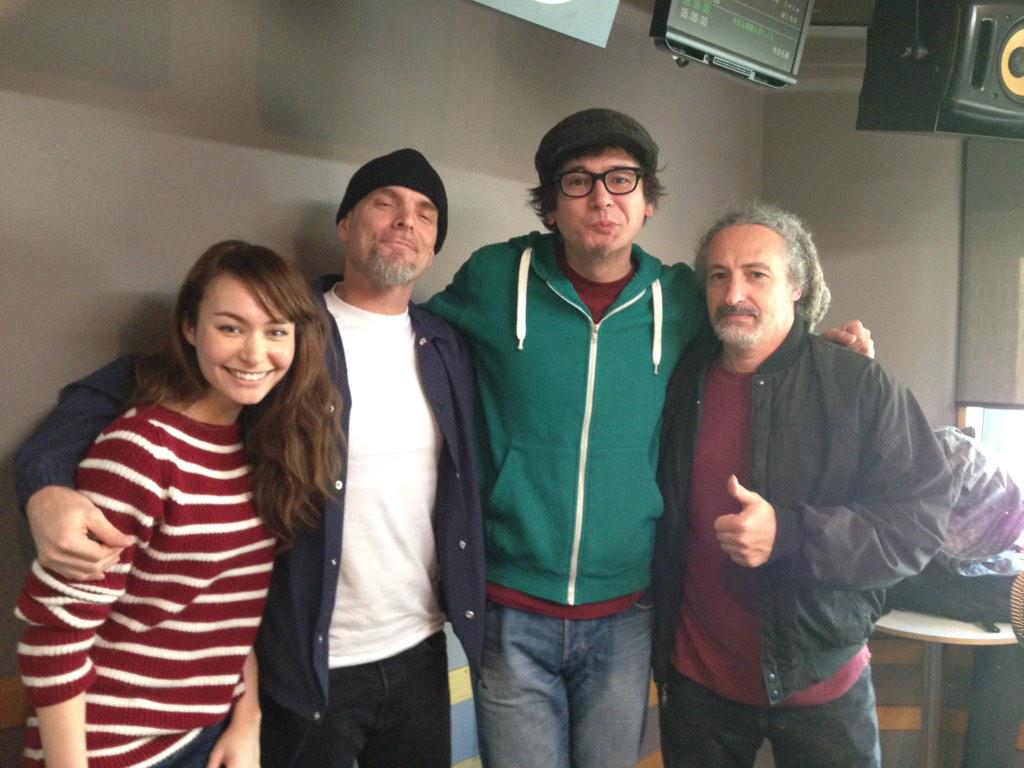 AS WE SAW ABOVE, Billy has not been resting on his laurels after producing the album and has launched a signature bass with Zon Guitars. The media release states: “Completely handmade by ZON in their Redwood City, California, US facility, the BG4 is finished in satin black and is appointed with black hardware and a Hipshot D-tuner. A limited number of these basses will be produced with the first 25 personally signed by Billy Gould.”

THE BAND have also been continuing their promo work ahead of their Australia dates. News Limited (Herald Sun, Hit Australia) journalist Mikey Cahill has been tweeting some quotes from an interview he did with Mike Bordin and Roddy Bottum.
Roddy: “”We were gonna call the album From The Dead…but that title was a bit ‘on the nose’ ya know what I mean?”
Puffy: “I’m fired up as hell for this tour man..we’re gonna give it both barrels…”We’ll play a few new songs, we’ll be playing old songs from our catalogue that we didn’t play last time too.”
The full interview will appear this Thursday in Hit Australia with a longer version online – so should appear here.
(Thanks to FNM Followers for unearthing this one on Twitter)

NEW YORK RANGERS NHL star Dan Boyle has once again spoke about his love for Faith No More in an interview with XN Sports.
He said: “I’m good friends with drummer Mike “Puffy” Bordin and lead singer Mike Patton. I went on tour with them this summer, hung out with them and got to know the other guys in the band a little bit. I had never been to England before. I thought it was a cool city. They did one gig in London and went to Poland the next day. We were in-and-out. I was only there for two or three days total.”
Boyle recalled his first experience rubbing elbows with the veteran rockers after a member of the San Jose Sharks’ public relations staff scored him some last-minute tickets.
“Six years ago, they were sold out in San Francisco,” Boyle said. “I had asked the PR guy in San Jose to help me find a way in. I didn’t care whether I was in the nosebleeds, top left corner. Not only did he get me in, I met the band.”
Since that initial meeting, Boyle became fast friends with the San Franciscan alternative metal rockers.
“I’ve seen them four times,” Boyle said. “They were at the game when we were out in San Jose. I’ll go see them eventually again this summer when they tour with their new album.”
Faith No More will release their first studio album in 18 years in Apr. 2015. As for Boyle’s favorite Faith No More album, it’s the 1992 release “Angel Dust.”
“It has to be Angel Dust,” Boyle said.””